Background: Our aim was to evaluate the treatment effect of gestational diabetes mellitus (GDM) according to the Hyperglycemia and Adverse Pregnancy Outcome group (HAPO) screening.

Results: The prevalence of GDM, using HAPO 5 was 23.8%. Of these, 72.8% were treated. Comparison of outcomes between treated and untreated patients showed no differences. The prevalence of GDM according to HAPO 4 criteria was 16.9%. In the untreated group, there were more cases of (pre)eclampsia (P=0.038), more admissions to neonatal care department (P=0.036), pregnancy duration was shorter (P=0.05), and Apgar score at five minutes was significantly lower (P=0.019). The outcomes didn’t differ in the MAGG (midly aberrant glycemic group).

Conclusions: Using HAPO 5 criteria in population-based screening doubled the prevalence of GDM. There were no differences between untreated and treated HAPO 5 and MAGG patients, while in the HAPO 4 group there might be a trend of therapy effectiveness. 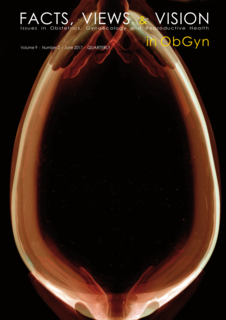