Objective: To evaluate the reproducibility of placental volume using three-dimensional ultrasound. Methods: The VOCAL (Virtual Organ Computer-aided AnaLysis) technique involves rotating an image of an object along an established axis using predefined angles. This provides a number of sections to measure manually, resulting in the object being displayed with an estimated placental volume. Four predefined angles 30°, 15°, 9°, and 6°, creating 6, 12, 20 and 30 sections, respectively. Measurements of placenta volumes in 21 women with singleton pregnancies were performed at gestational age 11-14 weeks by a single consultant in Foetal Medicine and later processed by two observers. The intraobserver reproducibility between all four angles was calculated as the mean Coefficient of Variation. Interobserver reproducibility was assessed by Interclass Correlation Coefficient (ICC), Limits of Agreement (LOA) and illustrated in Bland-Altman plots. Results: There was no significant difference in intraobserver variability between the four angles, p = 0.19, but a trend towards a lower coefficient of variation with the smallest angle was observed. A high intraobserver reproducibility was found using the 6° angle (ICC = 0.918 (0.812 - 0.966) and 0.983 (0.960 - 0.993), LOA = [−22.9 - 22.5] and [−14.3 - 12.1]), but interobserver reproducibility showed a wide range of agreement (LOA = [−50.5 - 34.8]), particularly in cases with u-shaped placentas. Conclusion: The low interobserver reproducibility of VOCAL measurements of placentae requires significant differences between normal and abnormal cases if the technique should be implemented for clinical use. 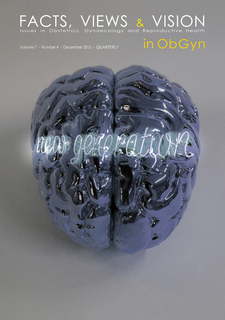