For many years fertility specialists are warning governments to reflect carefully before taking action in the legislation of gamete donorship.
Legislation on sperm donation differs substantially between countries and even in Europe differences regarding the nature of patient groups allowed to be treated, the use of anonymous versus non-anonymous sperm, altruism versus financial compensation of donors, the right to import foreign sperm etc. are striking.
In 1995, Sweden was the first country in the world that required sperm donors to become identifiable to offspring. According to the Swedish law the sperm donor remains anonymous to the recipient couple and vice versa, but a child conceived by donor insemination has the right to obtain identifying information about the donor at an age of sufficient maturity (Svensk Författningssamling, 1984; Ekerhovd et al., 2008). Because anonymous sperm donation was still possible in Denmark and due to the fact that the Swedish law was ­initially responsible for a shortage in sperm donors, many Swedish couples went to Denmark, a nice example of cross-border reproductive care. The United Kingdom and the Netherlands followed the example of ­Sweden; a shortage of sperm donors and sperm banks was the obvious result leading to long waiting lists and reproductive tourism to the neighbouring countries.
On the other hand, lesbian couples and/or singles are not allowed to make use of donor sperm in many European countries such as France and Germany.
These legislations resulted in an increasing demand for artificial insemination of donor sperm (AID) in Belgium, especially patients from the Netherlands (long waiting lists), France and Germany (lesbians and singles).
In this issue Thijssen et al. describe the results of a study on sperm banking behaviour in Belgium. The results show that almost two-third of all donor inseminations in Belgium are performed with Danish imported sperm. There is an obvious shortage of non-imported donor sperm explained by a raise in foreign couples seeking for treatment due to restrictive laws in their own country, the increase in demand for AID from lesbian couples and singles, the limited number of families (six patients) that can become pregnant from one donor and difficulties in the recruitment of donors because of a restrictive Belgian law stating that public advertisement for the recruitment of sperm donors is prohibited (Belgisch Staatsblad, 2008).
The Belgian situation once again highlights that governments have to think carefully before changing laws on gamete donation. To prohibit non-anonymous donorship will have important consequences of which reproductive tourism to centres with doubtful quality is the most important one.
It is our belief that access to fertility treatment for lesbians and singles is a reproductive right in line with changes in society and technological advances.
The Belgian law giving lesbians and singles the same access to treatment as heterosexual couples and ­allowing treatment with anonymous and non-anonymous donor sperm is a nice example of good medical care. Recruitment of donors remains a problem in Belgium. In our view awareness campaigns should be organized and supported by the government or another independent organization, and not by the infertility centres ­themselves. The best example is the National Gamete Donation Trust (NGDT) in the United Kingdom, a ­national body running the National Gamete Donation Services. The NGDT works with potential recipients, UK licensed fertility clinics, the media and supports organisations to raise awareness of the need for gamete donors. They managed to increase substantially the number of sperm donors although anonymous donation is forbidden in the UK.
When reviewing the literature on sperm donor inseminations we observe a lack of information about the background and the follow-up of donors. While papers dealing with the consequences of AID for donor ­children are numerous, studies on the psychological needs and experiences of the donors themselves are up to now totally neglected (Van den Broeck et al., 2013). 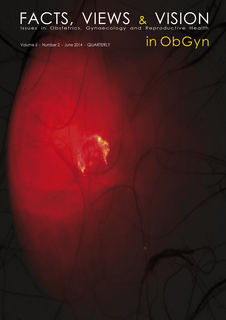