The importance of early diagnosis and treatment of incidental tension pneumothorax during robotic assisted laparoscopy for diaphragmatic endometriosis: a report of two cases

We describe two cases of diaphragmatic endometriosis treated using the robotic assisted laparoscopic approach, in which an incidental tension pneumothorax occurred during the initial inspection and assessment of diaphragmatic lesions. We demonstrate the importance of early diagnosis of this complication and report successful resolution using the thoracic drainage technique. In case one, after the pneumoperitoneum was installed, during the cavity assessment and inspection, small endometriotic lesions were observed in the tendon portion of the diaphragmatic surface. We observed a sudden increase in maximum airway pressures and a reduction in tidal volume, associated with arterial hypotension and hemodynamic instability and bulging of the diaphragm, which led to the diagnosis of a tension pneumothorax. In case two, diaphragmatic endometriotic lesions were also observed after hepatic mobilisation and following visualisation of the endometriotic lesions, an abrupt decrease in the capnography values was observed, consistent with hypertensive pneumothorax. In both cases, even after deflation of the abdominal cavity, hemodynamic instability persisted. We treated both cases with thoracic drainage, which immediately normalised respiratory parameters and resulted in hemodynamic stabilisation, and the surgical procedures were continued. During laparoscopic procedures for the treatment of diaphragmatic endometriosis, the endometriotic lesions can behave as communication hole in the tendon portion of the diaphragmatic surface and the changes in ventilatory patterns and haemodynamic instability should alert the medical team to the development of an incidental tension pneumothorax. The early identification of this complication in both cases allowed rapid intervention for chest drainage and allowed the surgical procedure to continue. 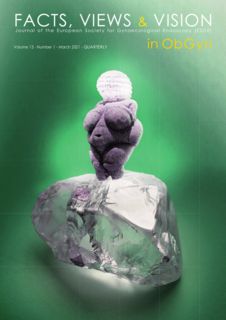