ϯ The authors consider that the first two authors should be regarded as joint First Authors.

Aim of the study: Investigation of the correlation between serum estradiol (E2), salivary E2 and sonographic measurements of follicles in women undergoing controlled ovarian stimulation (COS) for IVF/ICSI.

Methods: This is a prospective study performed at the Department of Reproductive Medicine of Ghent University Hospital (Belgium) between November 2016 and January 2017 over a total of 40 patients. During routine COS, two-dimensional measurements of the follicles were performed using transvaginal ultrasound (TVUS) and E2 was measured in saliva and serum. A linear Mixed-Effects model (MIXED) was built, using SPSS Statistics 24.

Conclusions: A strong correlation between serum and salivary E2 concentrations was found. In addition, both are strongly correlated with the product of the number of follicles and their average diameter, measured by TVUS. More investigation needs to be done to find out if salivary E2 is an effective tool for monitoring IVF cycles. 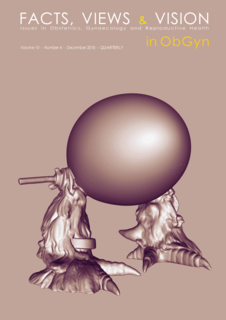